Maternity Session with the Lovan's 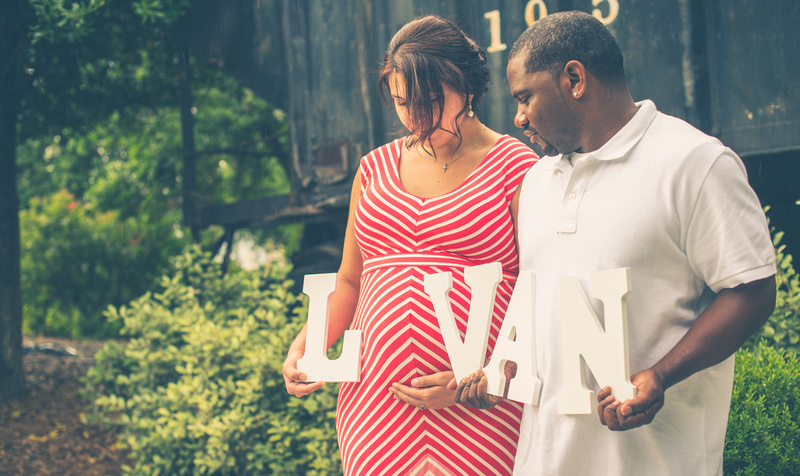 This may have been the most excited I have been for a shoot in a long time. I was fortunate to meet Sarah as an athlete at Crossfit Harrisburg and we instantly became friends when I found out we were both Colts fans. As time passed and she discovered that I was a photographer, she booked me for a couples portrait of her and her husband Chad. Meeting him for the first time we clicked and we had a great time on our first shoot. Months passed and the Sarah's words were "It just got real" yes Sarah and Chad were expecting their first child. I was so excited for them and in the back of my mind I was thinking... PLEASE let them decide to use me for their maternity photos. I was as patient as I could be and then I received the text to set up a date for our session. I was super excited and was counting down the days. We agreed to rent out the McGill Rose Garden in Charlotte.

My wife was gracious enough to accompany me on this shoot and plus I really wanted everyone to meet. The forecast was calling for a slight chance of rain and as we arrived at the rose garden the clouds darkened. Yes, your right.. it started to rain. It was not a hard rain but enough to be annoying and prevent a productive shoot. My wife and I made our way to meet Sarah and Chad at the entrance and as we walked up the rained stopped. I wasn't sure of what type of window we had so we got right to it.

First let me say that Sarah was super prepared. She had a basket full of props and I used every single one as you will see in the gallery. Secondly the mosquitoes were insane out there. I am pretty sure there were over a million of them in that rose garden and they were ecstatic that we were there. Needless to say the shoot had to go on. I started shooting with my 70-200mm so I could stand a good distance away from them. Since I have worked with them before the atmosphere was extremely relaxing. 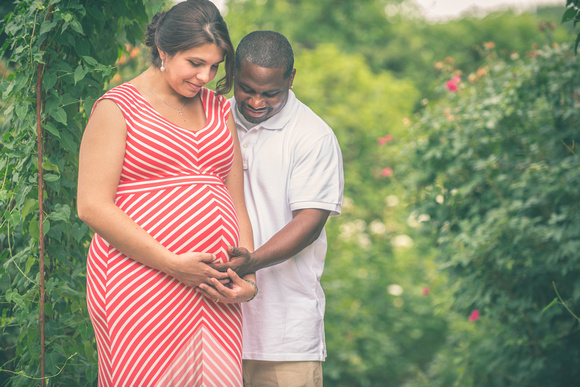 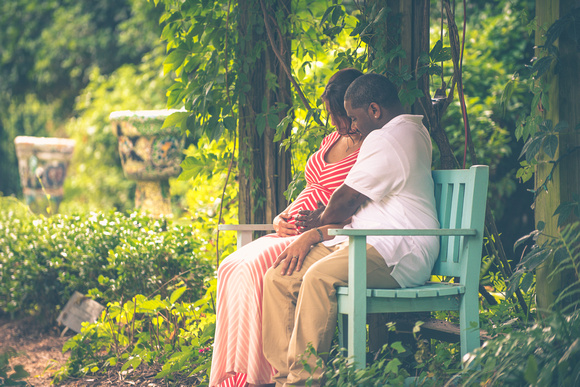 Afterwards, I wanted to start using the props as soon as possible before the rain began again. I went to my nifty 50mm 1.4 to capture the detail of props and mommy's lovely belly. I was so thankful that Tiffany was there because she had so many creative ideas and they turned out amazing. 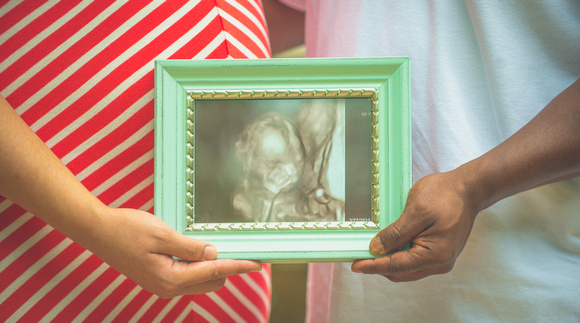 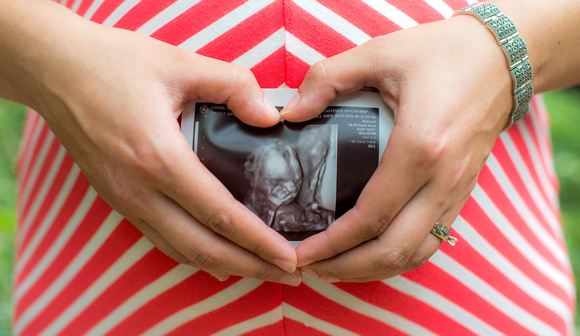 As we were wrapping up some detail shots the rain began to poor and this time harder than before. I started to look for an area that was covered by trees that I could possibly capture some photos of Sarah and Chad without them getting wet. Tiffany was kind enough to cover Sarah with an umbrella while getting them positioned. I found an area that worked perfectly and was able to keep them dry for a bit. Here are a few shots I was able to get while it was raining. 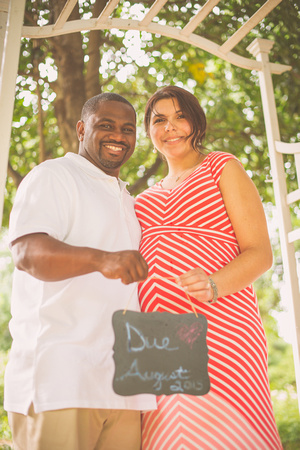 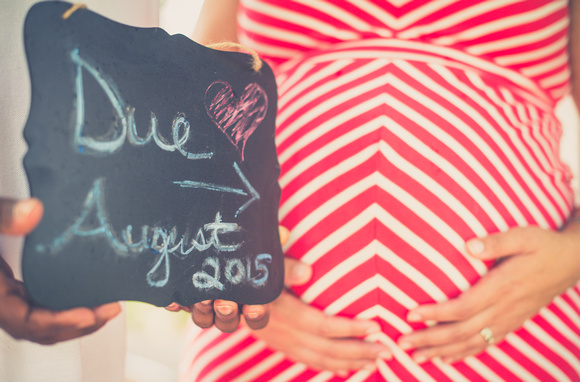 The rain finally let up after about 10 to 15 min and the sun came out with a vengeance. With the sun also came the mosquitoes again. My whole objective was to keep moving as much as possible so they didnt get a chance to feast. For the remaining of the shoot I switched to my 85mm 1.8 which is by far my favorite portrait lens. My wife's creativity came into play again and I couldn't be more excited of the way the photos came out. 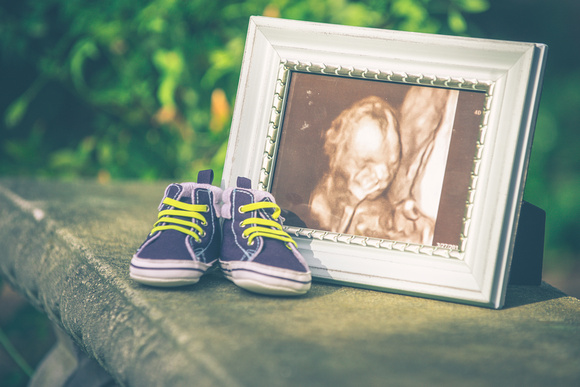 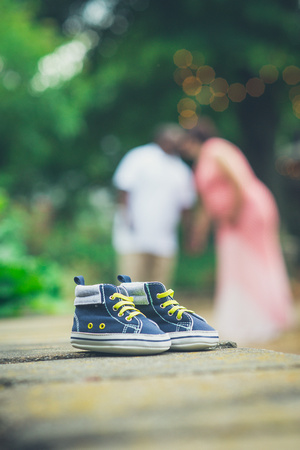 Towards the end of the shoot I asked Chad about an area that I saw him looking at earlier and he said it was nice. So we decided to walk over and check it out. Chad nailed this one, it was a great spot to finish this session. I was still using my 85mm but I want to capture the scenery surrounding them as well as capture to photos with bokeh really isolating Sarah and Chad and capturing how happy they are to have this gift God has blessed them with. 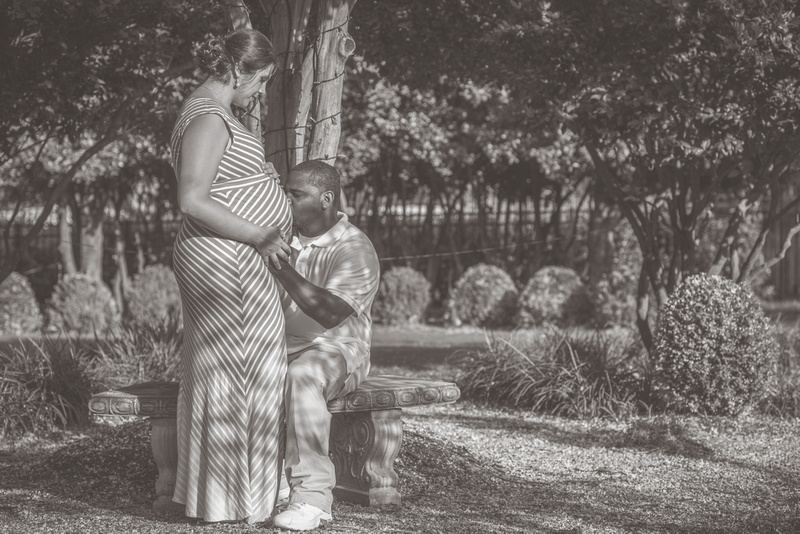 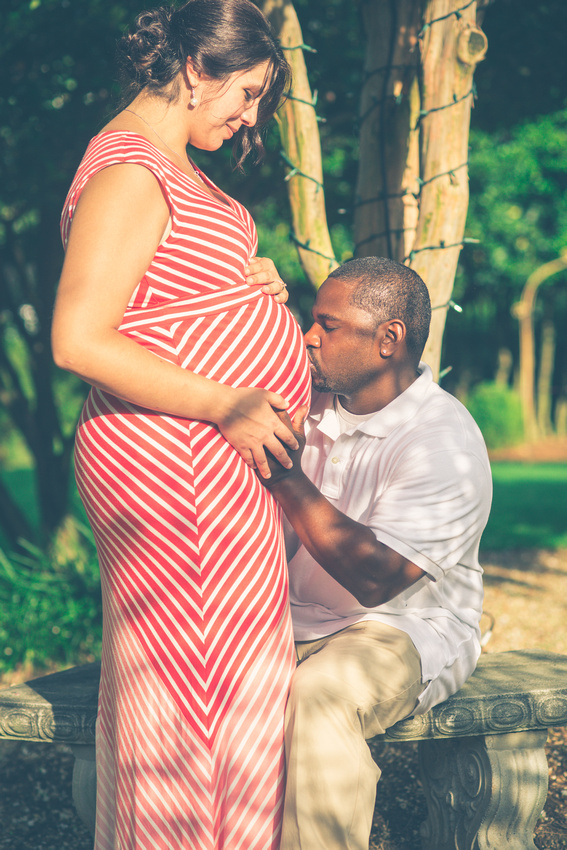 I would like to wrap this blog by saying that when my wife and I moved here there is always a question of meeting people and finding friends. Sarah and Chad are one of the most genuine people that I have met since moving here. Sarah is always smiling and seeing how happy Chad is when being around her is a beautiful site. Tiffany and I are extremely happy for Sarah and Chad and we wish them nothing but the best. As a photographer its always great working with returning clients but its even better when they are positive people. I cant wait to meet Bryce (future Colts fan) and hopefully have another session capturing the entire family.