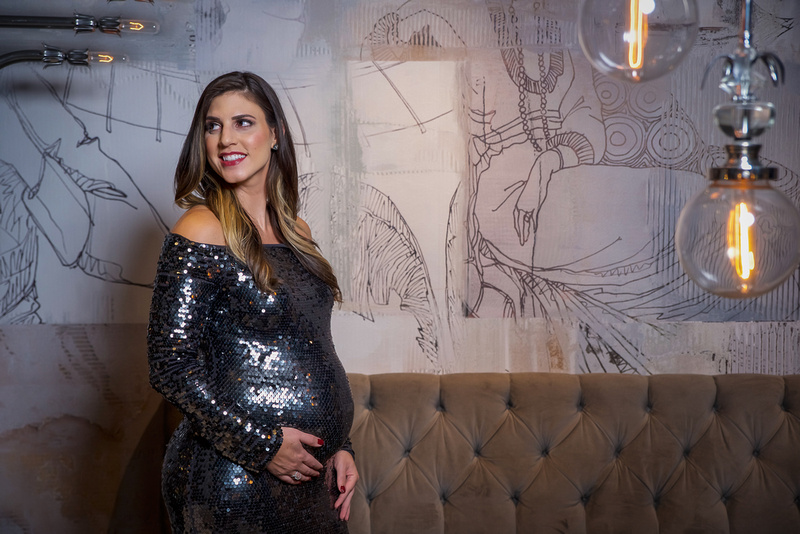 Thought this would be a great time to blog on my maternity session with Stephanie. Why.. after 2 months have passed?? Because congrats are in order for the birth of Stephanie and John's baby girl Navie.  When Stephanie contacted me in regards to a maternity session, I knew she had something in mind but was unaware of what direction exactly. She wanted to do more of a glam/non traditional maternity shoot. I was instantly on board. Yes because her idea was amazing but also Stephanie is probably one of the nicest people I have ever met.  She mentioned Sophia's Lounge which is located in Uptown Charlotte. I have never shot at this location but after looking up some Google images I was beyond stoked.  Stephanie was able to book a time with Sophia's Lounge and we were set to go.

I had recently just received my new Paul C Buff Einstein strobe and Boom arm which I knew would be perfect for this session. They were calling for rain that day although it was not raining when I arrived. Parking was insane though, Fortunately I was able to park in front of the hotel and unload gear. Sophia's Lounge was amazing. Definitely different than any other location I have ever shot in. I started setting up in the back corner where they had a really cool couch/lounge setup. 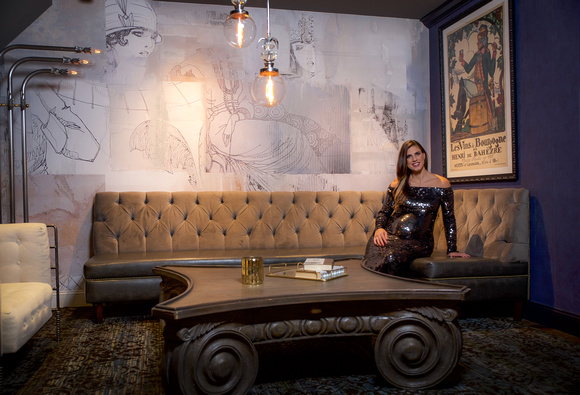 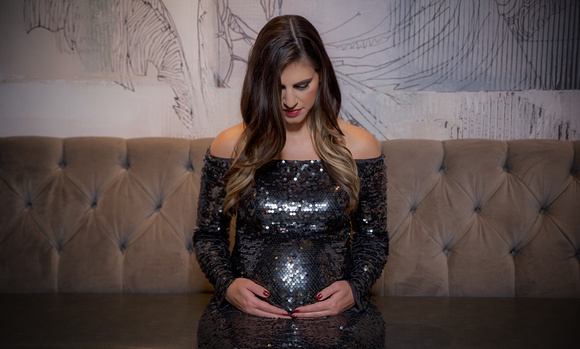 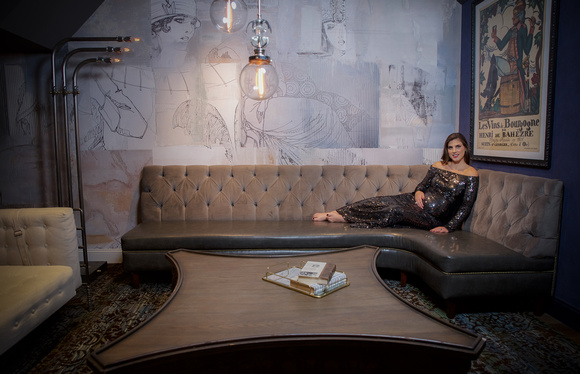 There were a couple other locations to cover with just Stephanie before John and Dunkin arrived. There was a really cool living room area with a fireplace and pictures all over the wall. Probably not your typical living room style but made great for pictures. Stephanie was amazing!!! 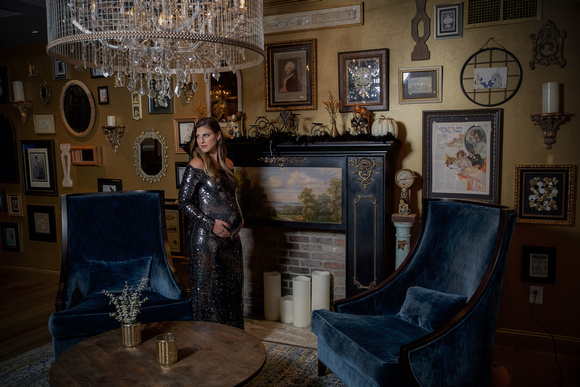 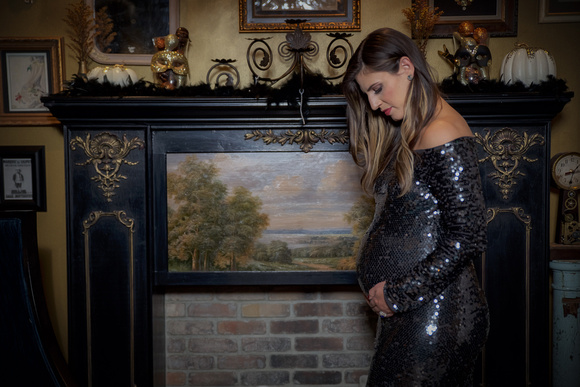 Stephanie's dress was perfect and added so much class to the session. Then again I wasnt surprised at all be cause Stephanie always comes correct. As we were finishing up the solo portion, John and Dunkin arrived. John arrived with swag as he always does and Dunkin came with a dope bow tie on. Which I then found out that they custom order.. CLASSIC. We started this part of the session in front of this large portrait. Who was in the portrait I have no idea.. but it looked really cool so we ran with it. 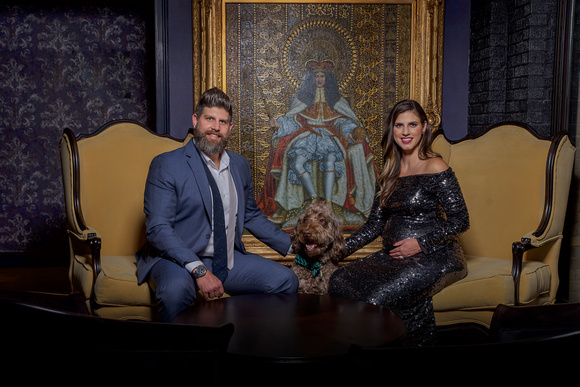 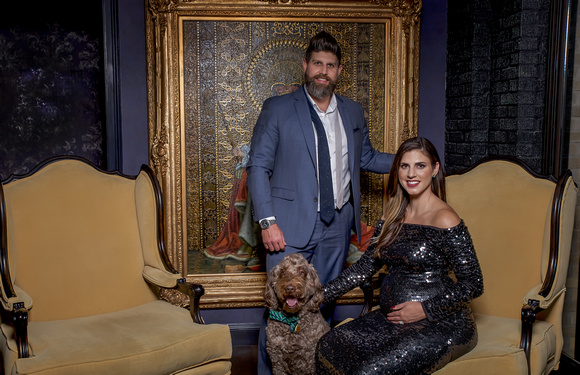 We stayed in rotation and moved to another couch. As you can see there we numerous areas setup and they all had a different feel/look to them. Which allowed the session to move smoothly. 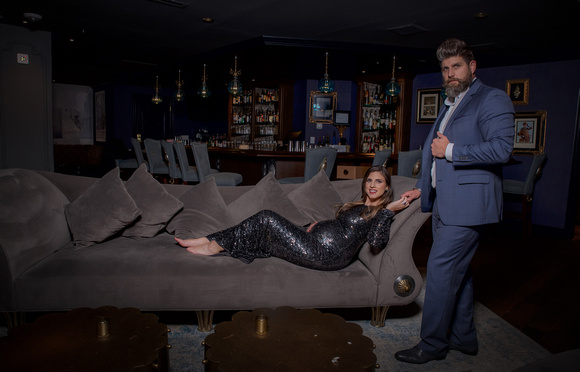 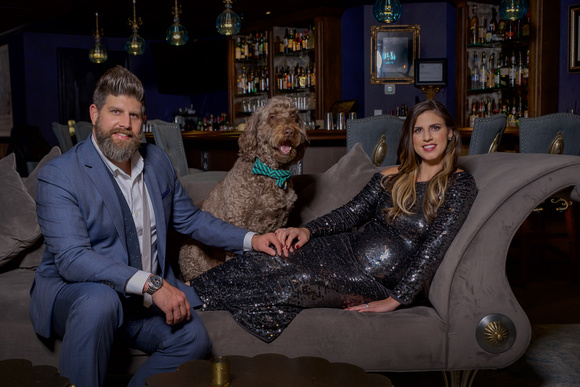 Stephanie and John were complete naturals in front of the camera. Rarely did I need  adjust their position. Throughout the entire session we carried on conversation and everything was super natural. There are times when you book a client that has 19k+ followers that makes you say... "Bruce.. you better deliver"  I was beyond satisfied with how this session turned out. A lot of it goes to how comfortable it was hanging out with Stephanie and John. I'm grateful when I can work with people starting as clients but then gain friends. 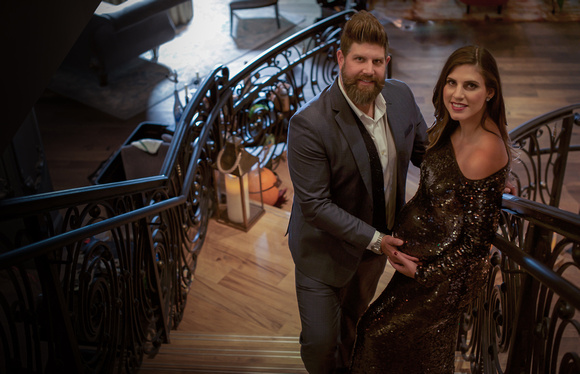 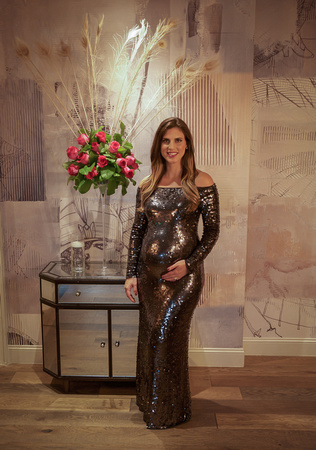 I want to thank Stephanie and John again for trusting me with their vision. Also a massive congrats to your new addition. To all my followers and supporters, be sure to check out Stephanie on IG @stephaniemelish  (Speaker, Author and Certified Business Coach).... Recently added title.. MOM!!!!