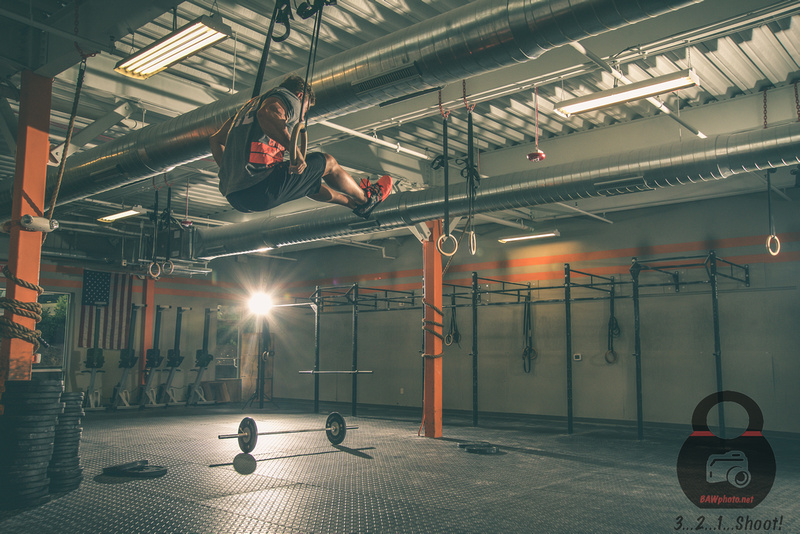 For those who have been following my work, I have been fortunate to shoot numerous Crossfit Games Athletes. I was super excited when Bruce Marko reached out to me and wanted some photos taken. Plus it's pretty cool we share the same first name. I met Bruce originally at a Masters Throwdown Series shoot I did months ago. As time passed, I always wanted to work with him but never really reached out. After building a great relationship with games competitors Pamela Gagnon and shooting Emily Breeze it fell right in place to have Bruce reach out to me. I followed Bruce at the Games this year and was super motivated by his performance. Knowing that I would have the opportunity to capture all that awesomeness had me fired up.

Once Bruce and I set a date I started writing up a few ideas I had for shots. I knew that I wanted to capture him at full extension of a snatch. I was extremely pleased with the way that imaged turned out. I also wanted to catch him in a clean as well as a muscle up. Those were my must have shots, however we got plenty more than that. Whenever I arrive to a new box for a session, my first step is to determine where I want to set up my strobes. Once I walked into Rising Crossfit Ballantyne it was a quick decision. It was almost like the rig was set up perfectly and so were the outlets. It didn't take long for me to get things set up and start shooting. As you can see below we started with snatch and clean. 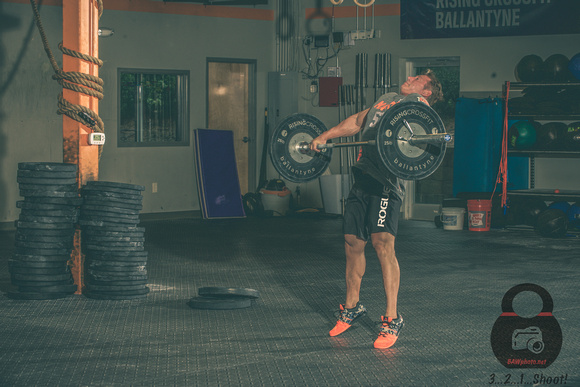 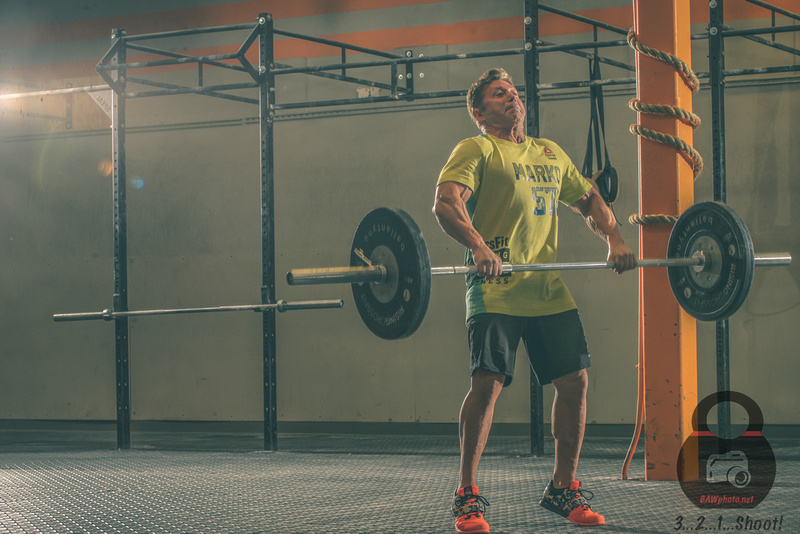 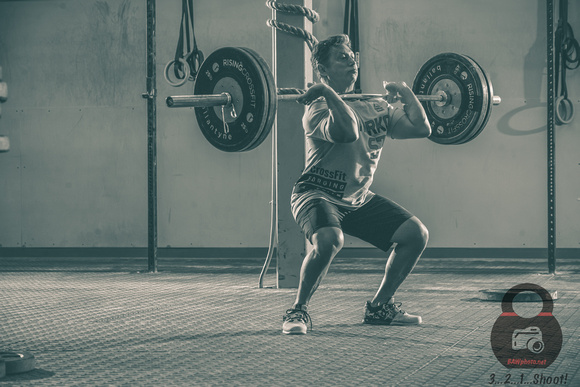 I was also fortunate enough to have Bruce's wife Jeri and daughter Taylor show up. They were a great help because they provided a focus point for Bruce while doing his movements. So I would like to say Thank You to both of them for providing great company and Taylor for playing some legit music.

We then moved on to muscle-ups and then over to the bar for chest to bar pull-ups and bar muscle-ups. For the ring muscle ups, I wanted to capture the environment of the box and well draw eyes to Bruce while kipping. After a few adjustments of my strobes I was pleased with the result. 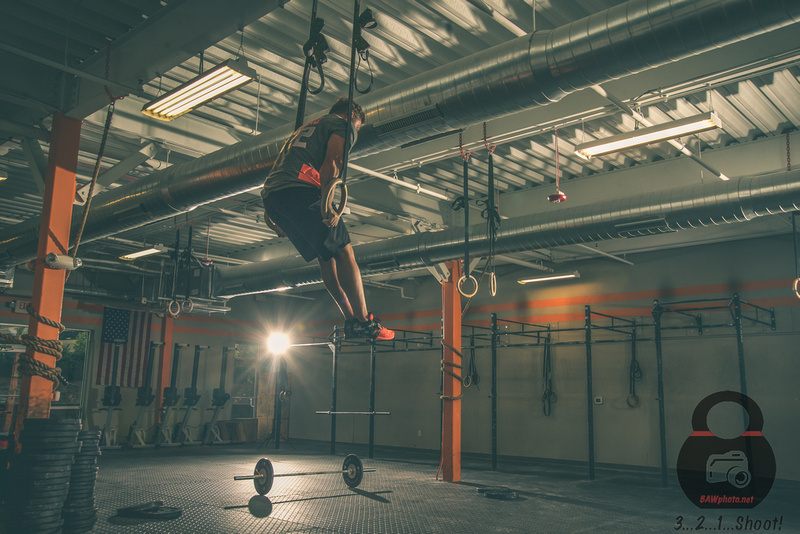 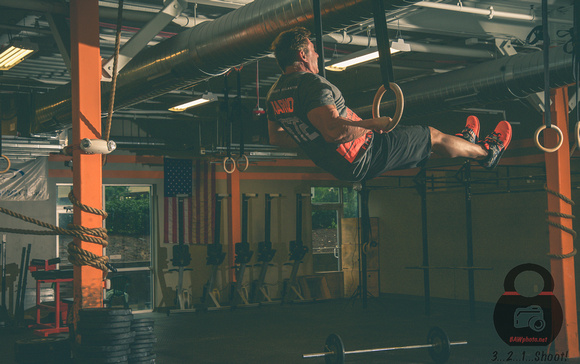 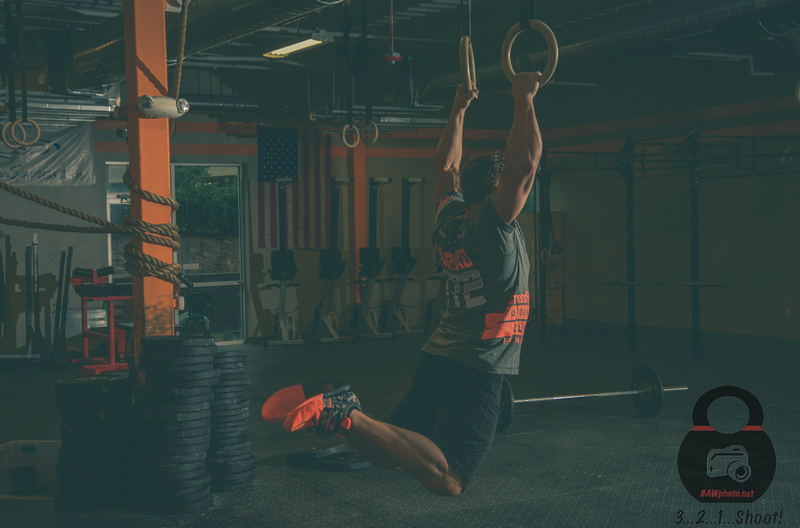 All I can say is that when we moved to the bar for pull ups and muscle-ups, I have never seen an athlete make chest to bar look so effortless. His chest was so above the bar it literally was an easy transition into muscle-ups. I decided to only shoot with one strobe for these movements since we were pushed a bit into a corner. We did the first few with a shirt on, then with shirt off. FYI..... Bruce is JACKED. That all I have to say. The photos say enough. 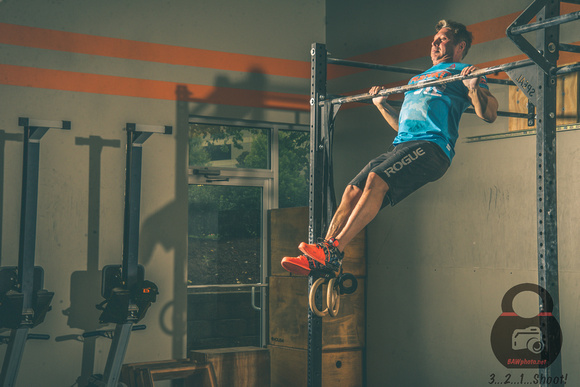 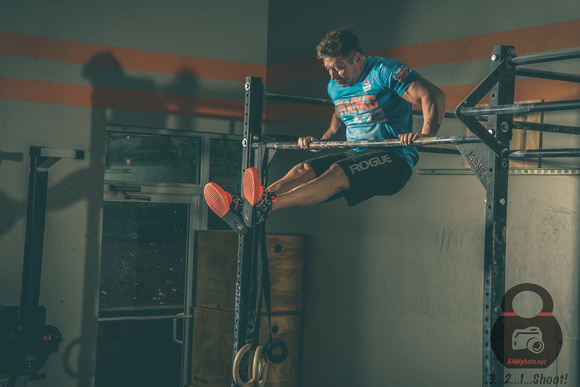 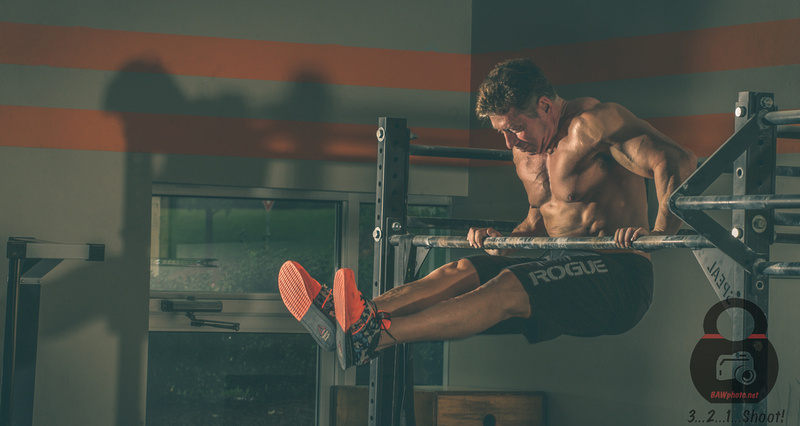 The remaining time of the session was spent doing handstands, pistols,rope climbs and push jerks. I was even able to capture a few profile shots while he was setting up for a movement. One of my favorites would have to be the handstand. I love the lighting and his position. It may have taken a few handstands to get the look I wanted, but it paid off. Rope climbs were fun also. I wanted to catch Bruce jumping into the rope for his first pull. Luckily by 70-200mm is fast enough to freeze exactly where I wanted to. 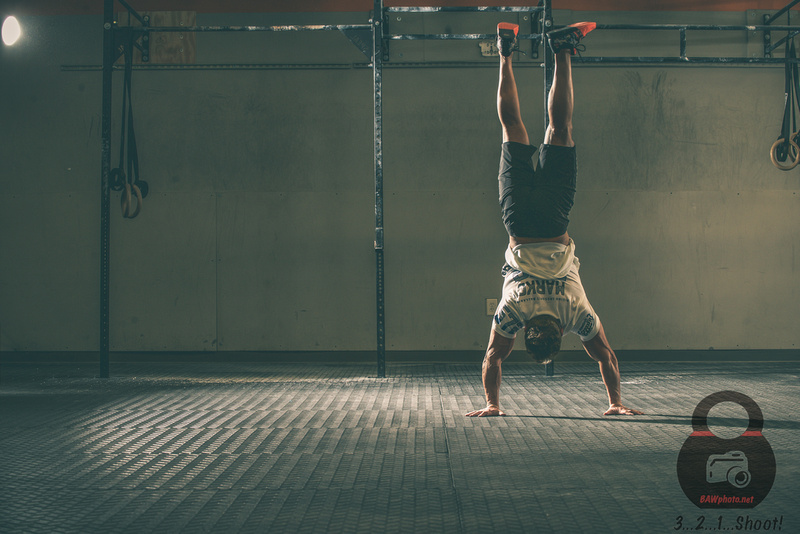 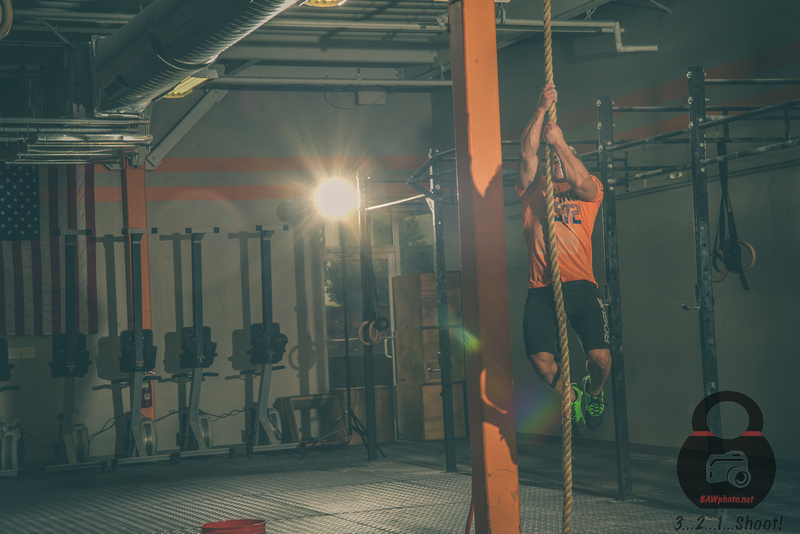 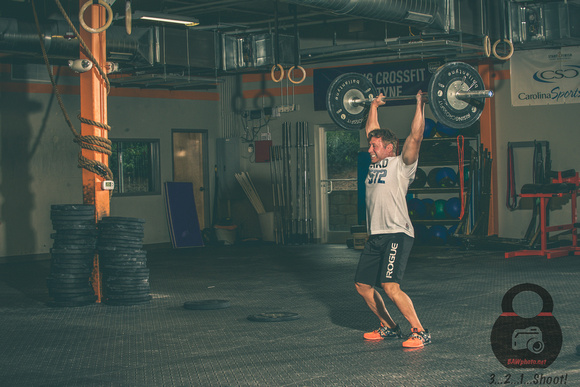 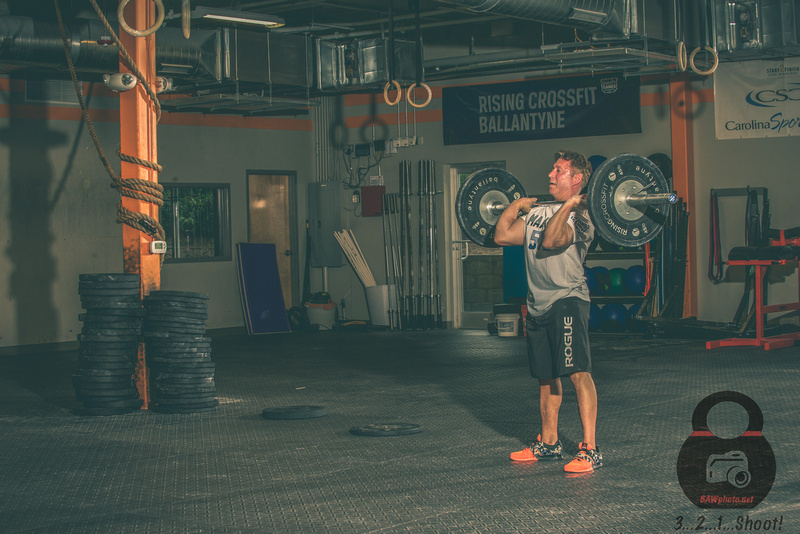 Overall my experience shooting Bruce was amazing. Having the opportunity to work with these athletes is something I am so grateful for. I constantly say this, but the Crossfit Community continues to reach out to me and show support. I take pride in my work and its good to know that people want me to capture them. I hope to work with Bruce again as well as other Crossfit athletes nationwide. So who will be next????? Whoever you are I cant wait to work with you!!!!   3...2....1..GO!!!!!