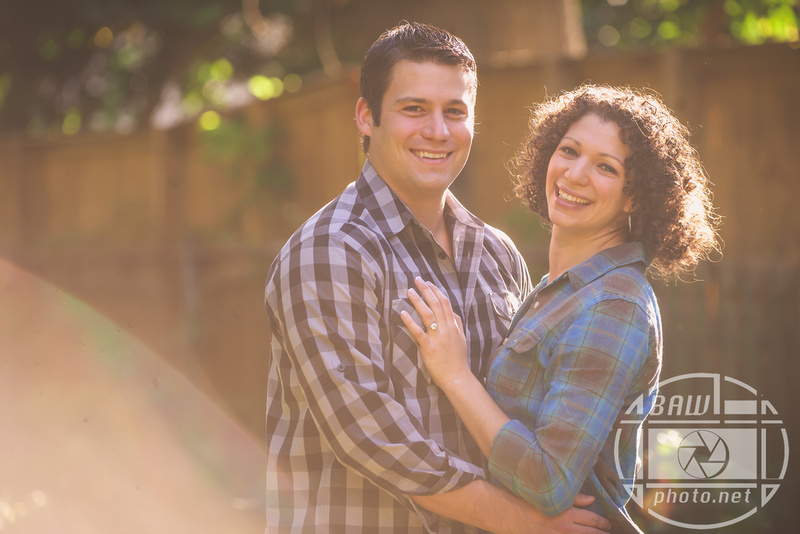 This engagement session was one I was looking forward to for a long time. Kate contacted me close to a month ago inquiring about an engagement session. When I first saw the name it looked really familiar, turns out Kate and Jordan were athletes at Crossfit Steele Creek. They were also competitors in the SuperFit Games that I covered. I was really grateful that covering a Crossfit event led to me working with a newly engaged couple. 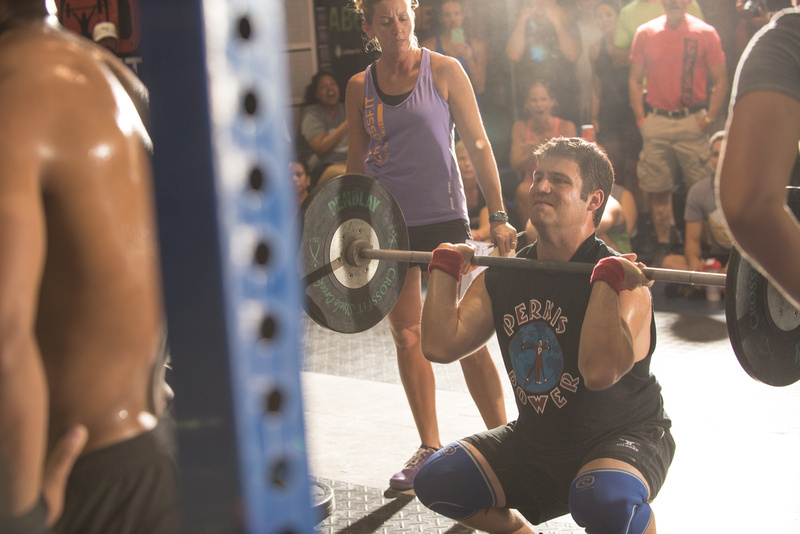 Once Kate and I agreed on a date, we then started to discuss locations. Kate notified me of a really nice park that is located in her neighborhood. The location was Midwood Park and now we needed to find a location for the Crossfit portion. Even though Kate and Jordan are members at Crossfit Steele Creek, unfortunately that wasn't a convenient location. I reached out to Gracie of Crossfit Dilworth and she quickly agreed. This is a prime example of how great the Crossfit community is. Gracie opened her doors on a Sunday just for our session. Thank You Gracie!!!!

The first half took place on a Friday afternoon and the weather was great. I met Kate and Jordan at their home and we walked a block to Midwood Park. The entrance to this park was perfect. There was a trail that was lined with greenery and made for some awesome images. 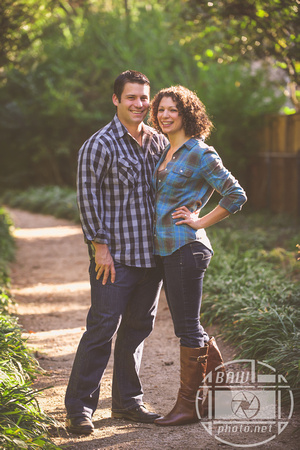 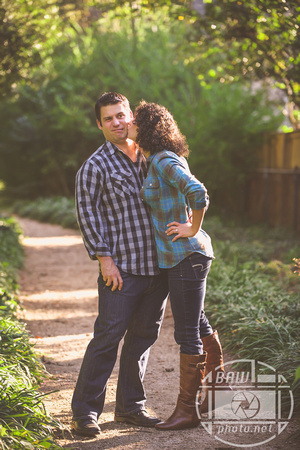 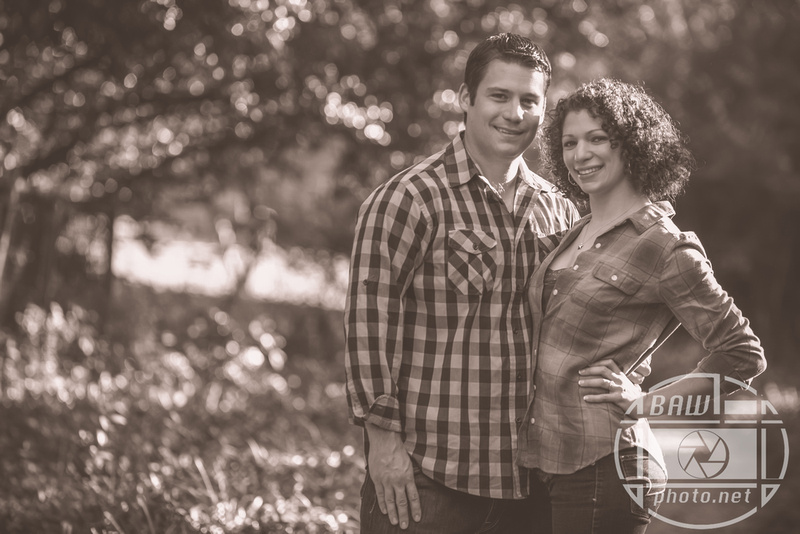 We were even able to capture some with their awesome yellow lab. He was so well behaved. Not a fan of the camera at first but he came around. 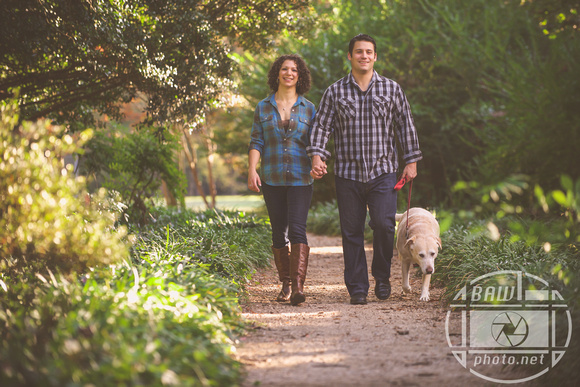 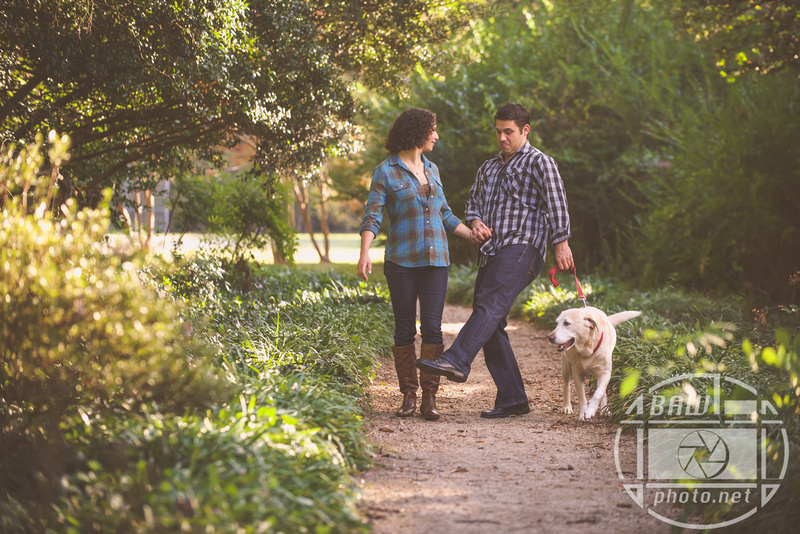 As you can see from the image above Kate and Jordan were very playful which made the session so much fun. I am pretty sure they made faces at each other all day. As you read along you will see more images of their playful nature. After the trail we moved closer toward the park and there was a long paved street with trees aligning it. I decided to position Kate and Jordan under one of the trees and turned out with these below. 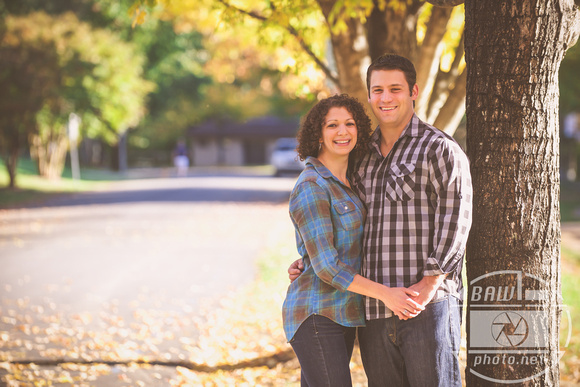 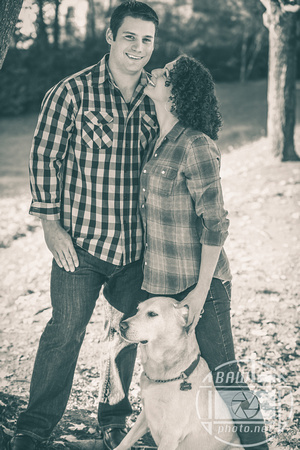 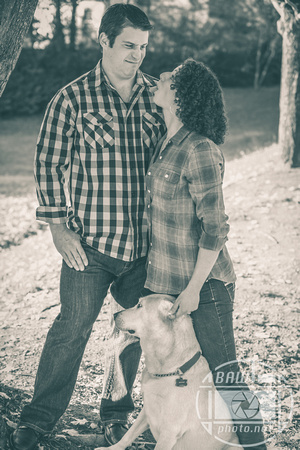 We then continued walking and I had an idea of Kate jumping on Jordan's back for a piggyback ride. They nailed it and I couldn't be happier with the way they turned out. Was even able to get Kate to provide a kiss on Jordan;s cheek. 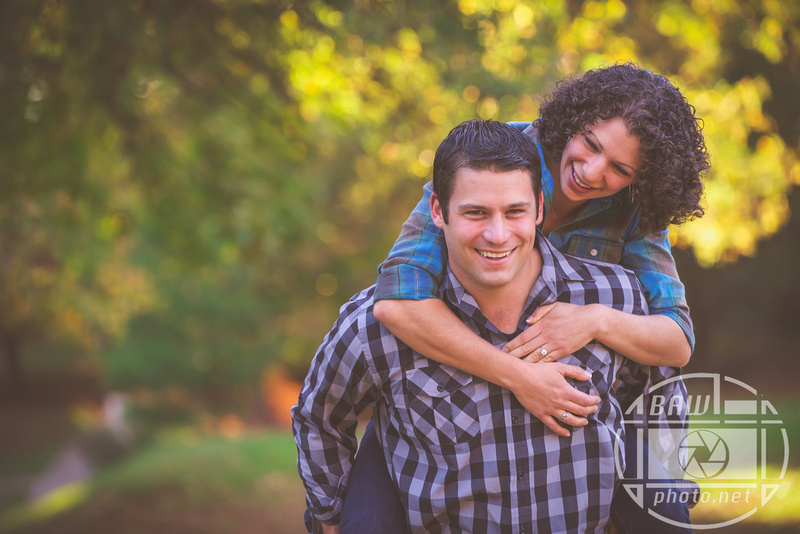 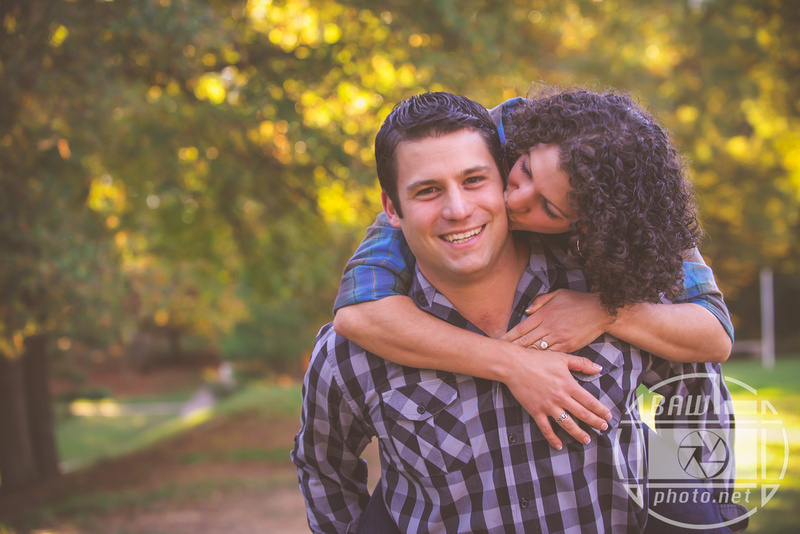 While we still had good sunlight, Kate pointed to some really cool benches that were built by children at the park. The bench had a really unique look to it because the base holding it up was full of rocks. Whenever I place a couple on a bench, I like to place them on the end. No preference as to which end, just never directly in the middle. Every time that I asked Kate to make an adjustment for position she would instantly nail it. 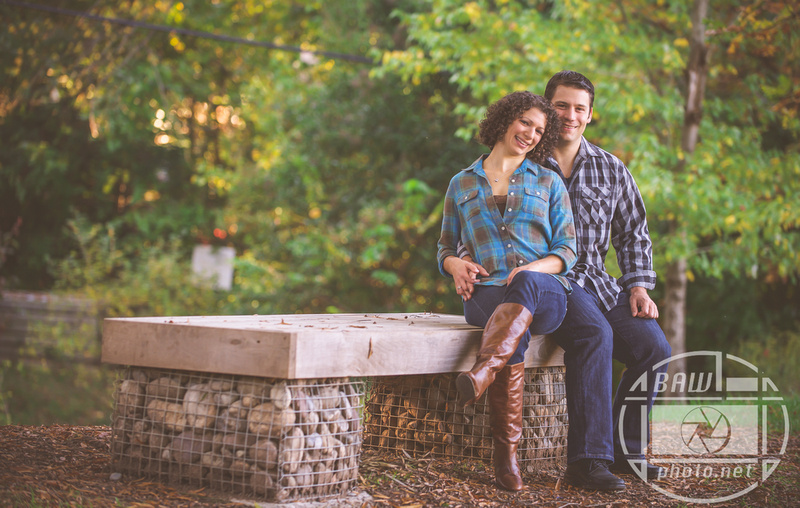 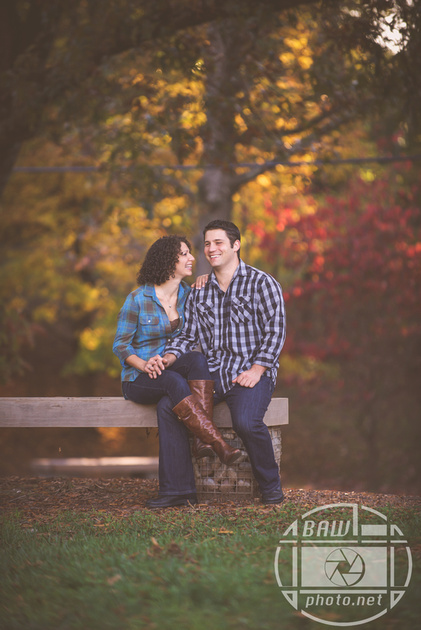 While wrapping up the bench portion, I noticed 2 different bridges that I had ideas for. One would involve them sitting down and the other would involve a new prop I brought along. I decided to put Kate and Jordan's wedding date on the prop and loved how it came out. We are able to have the entire area to ourselves which allowed us to really experiment with some poses. This park had the perfect setup. There was even 2 wooden chairs isolated next to an old school barn. With these shots I was able to just let Kate and Jordan be themselves. Enjoying each other and sharing laughter. I even heard the mention of "hook grip" during this session. All my Crossfitters and Olympic lifters know exactly what I am talking about. 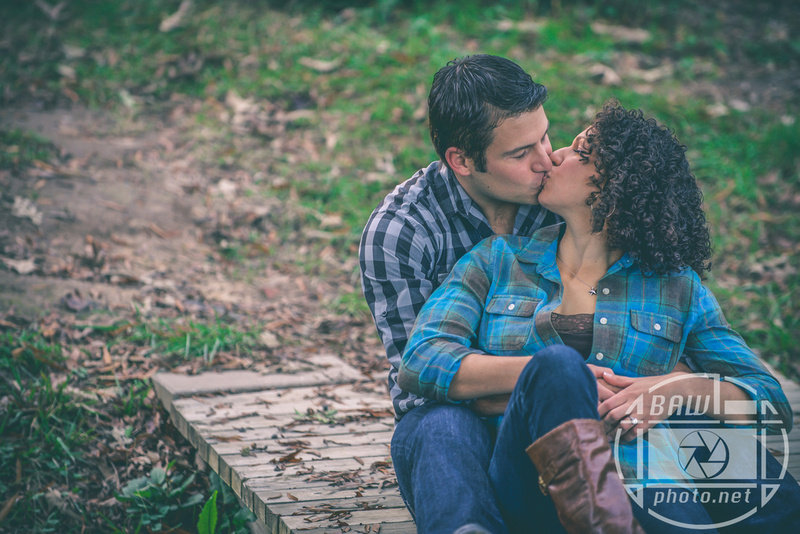 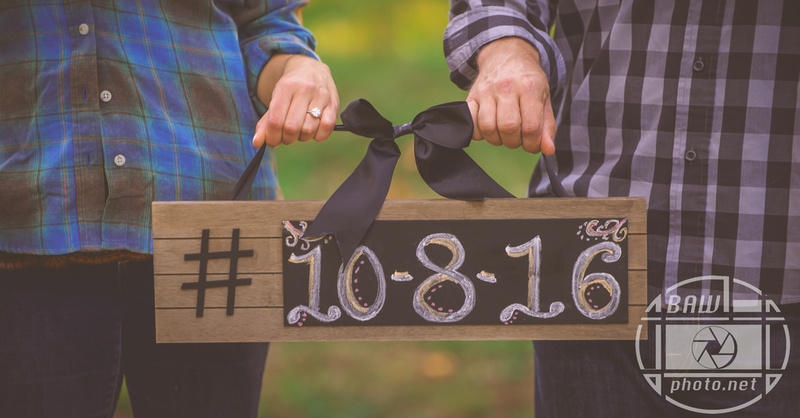 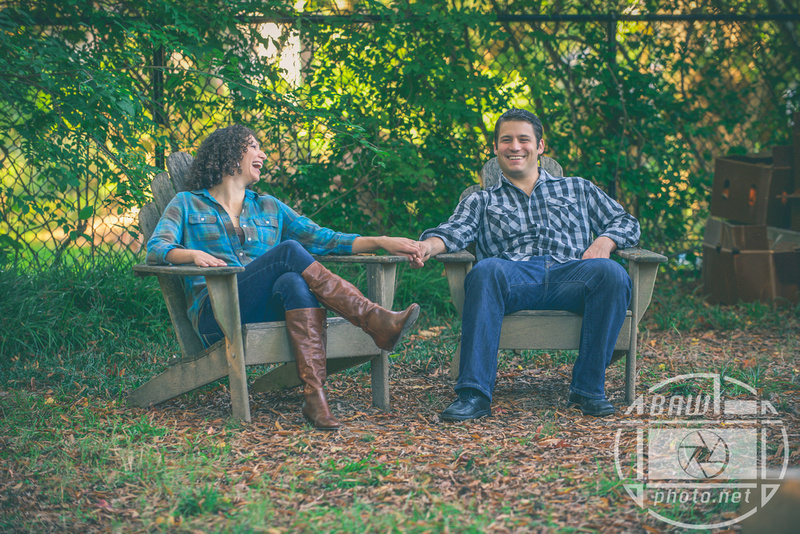 As we were wrapping up part 1 of our session, we started walking back toward their home. When we got back I decided to get a few of them on their street right next to their house. It was a to end part 1. 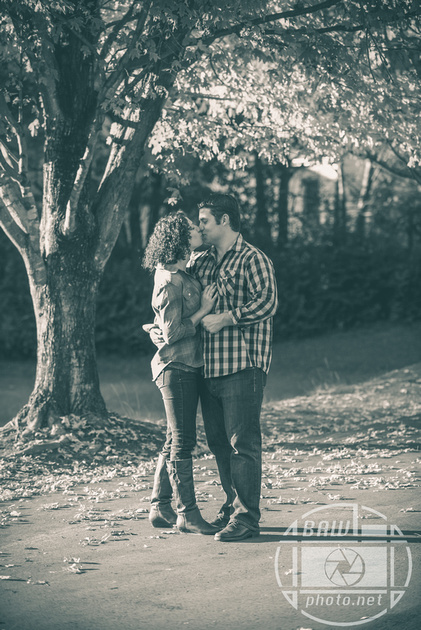 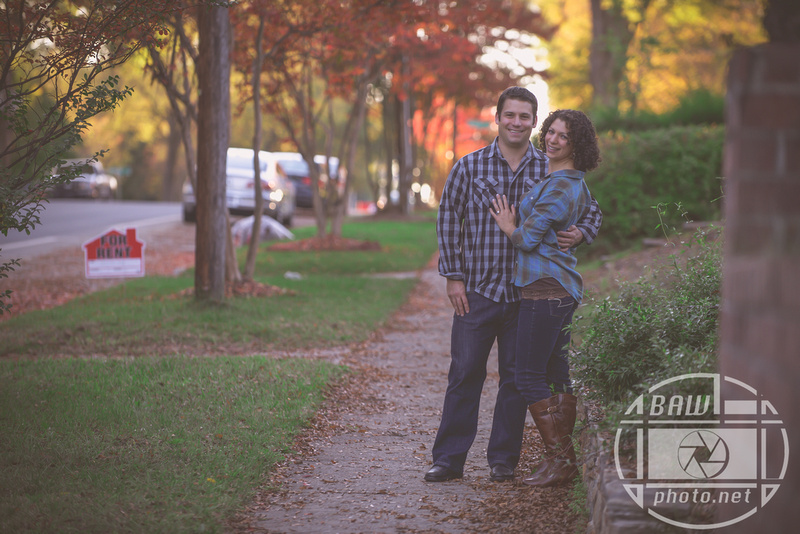 Two days later it was time for part 2, which was the Crossfit session. We arrived at Crossfit Dilworth and began instantly. We started with numerous overhead squats to be followed by some really cool kettlebell images. This session was so much fun because you could tell how much fun they were having being in a box. I almost wanted to take a break and get some work in. Trust me.. I thought about it!!!! Kate already had some ideas of wanted she wanted and I wanted to make sure I was able to meet all of her request. I knew by seeing the photos on the back of my Nikon that they were going to be good ones. I was so glad to hear that Kate and Jordan both loved their images. 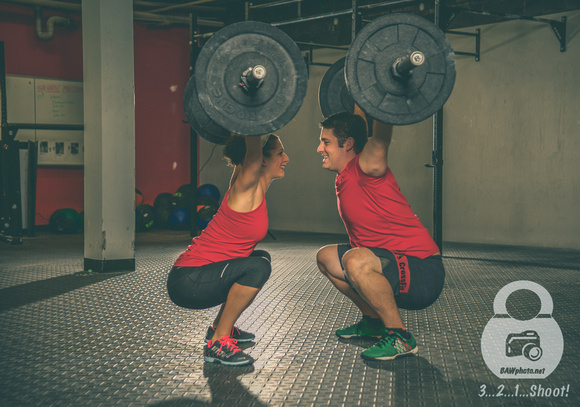 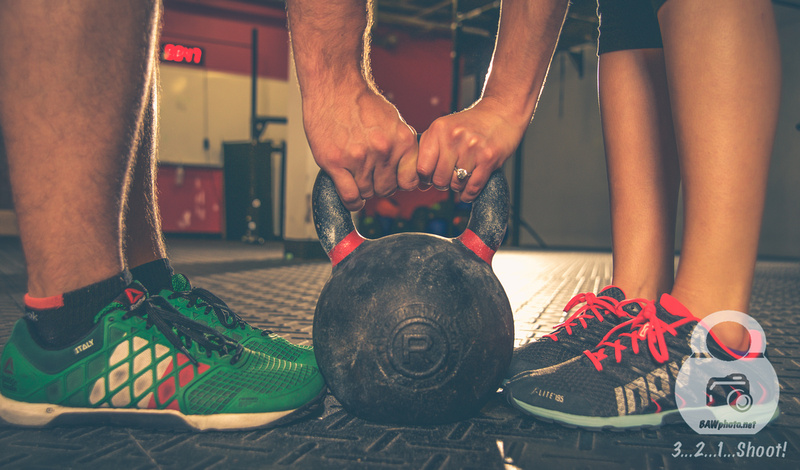 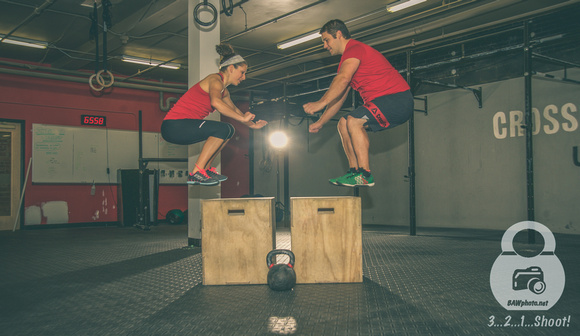 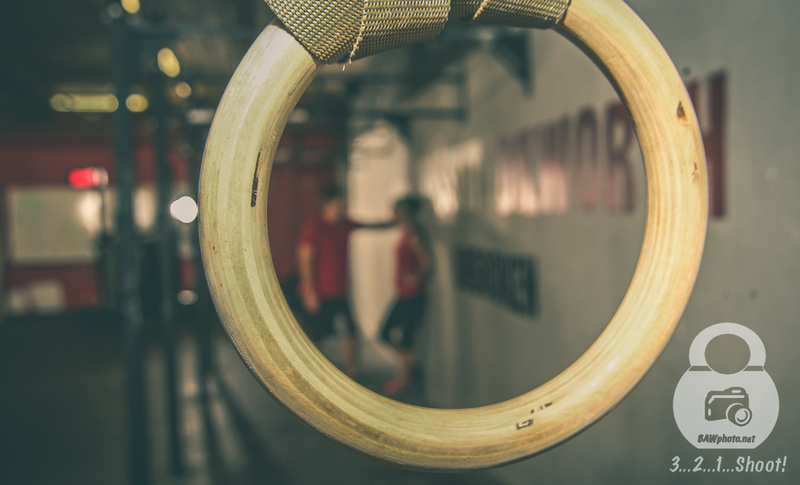 I would like to sincerely say Thank You to Kate and Jordan for having me as their photographer. I know they could have chosen anyone and still chose BAW Photography. Being able to capture this special time in both of their lives was an honor. I wish them both nothing but the best. I have gained two new friends in this process. Also thank you to all of you who continue to support my work and share my images. Stay tuned for plenty more work to come.