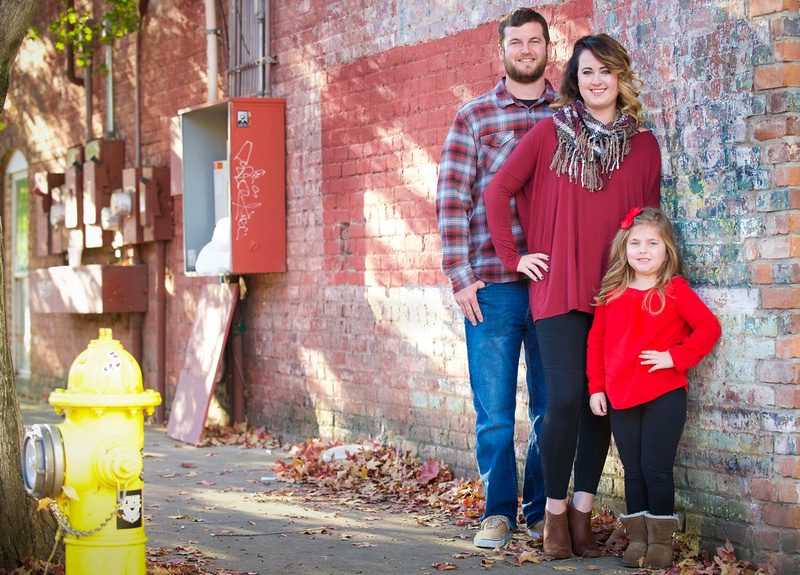 Good Evening everyone!!! Always a great feeling when a family reaches out wanting some professional photos. As the holidays approach there is a demand for those everlasting Christmas cards. I was contacted by Kala who I know from Crossfit Harrisburg (seeing a pattern here) about wanting photos of her boyfriend and adorable Ava. Kala is an extremely busy woman so once we found a date we had to stick with it. We decided on NODA as a location, which I was stoked for because I always wanted to have a session there. NODA definitely didnt dissappoint.

I arrived about 45min early to walk around and determine where I wanted to start. There were so many brick walls... alleys and cool architecture so it was like a playground for photographers. Since I had already walked around a bit, when they arrived I was ready to go. We then started walking down towards a brick wall that I just had to use.  I even got a solo pic of Ava. Love it!!! 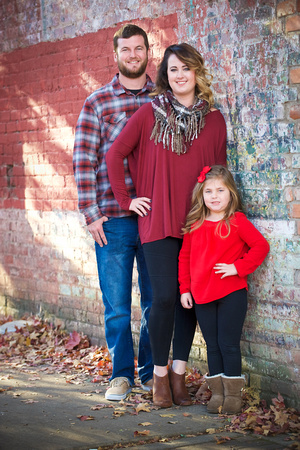 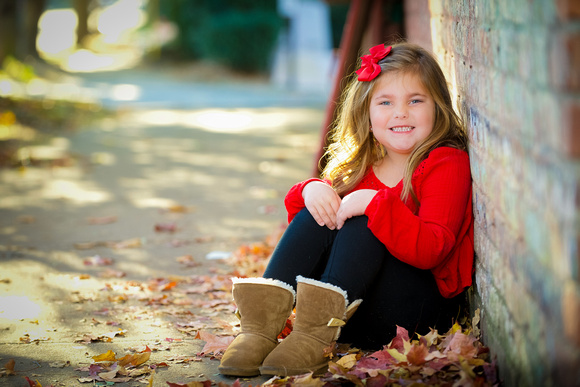 Ava had such a big smile a was a team player. We then started to migrate up the street a bit and stopped at a few benches as well as cool mural wall. The sun was a bit harsh but it all still worked out. I wanted to make sure I included some images of just Kala and James as well. While I took those Ava did a great job of helping me position them.  Told you she was a team player!!!! 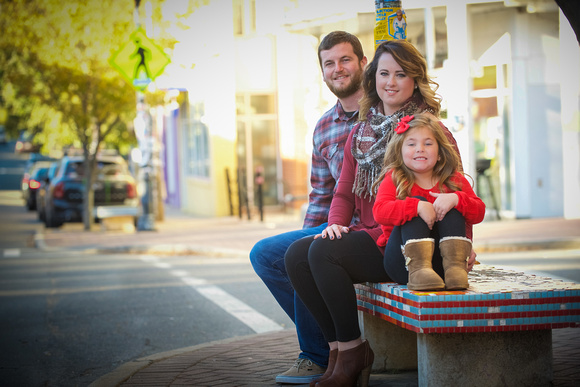 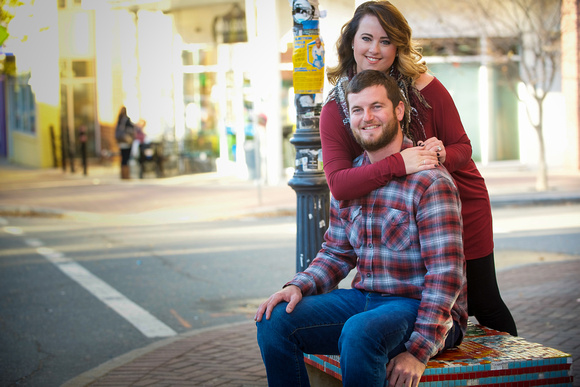 Across the street was a really cool but small fire station. There was a fireman outside so I kindly asked if it was ok to use the station. He had no problem at all. Here is what we got!!!! 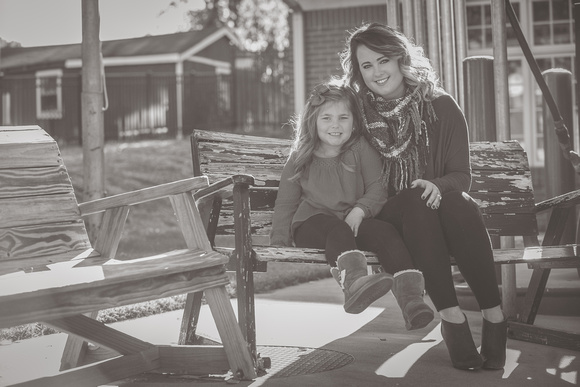 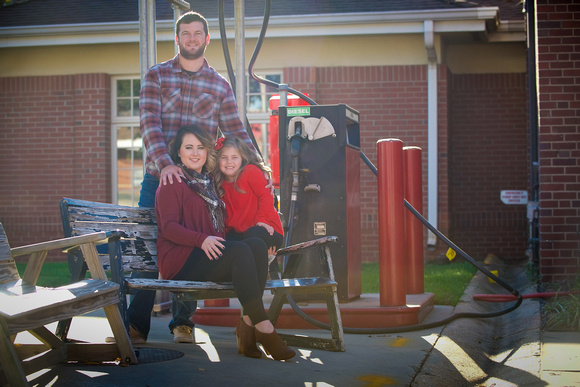 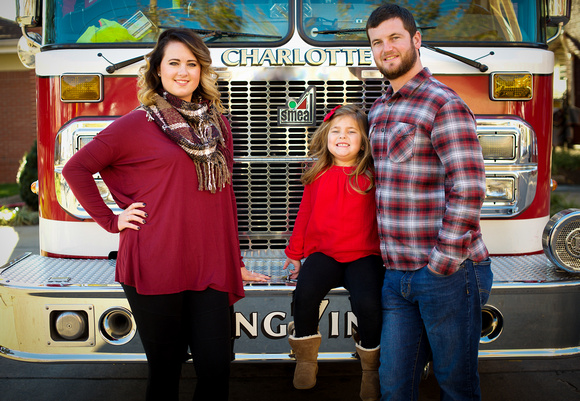 It was starting to get to the point where Ava was worn out from all the photos.... So we went over to the railroad tracks and I was able to get some of just Kala and James. Ava found some rocks to entertain herself with so we were good. 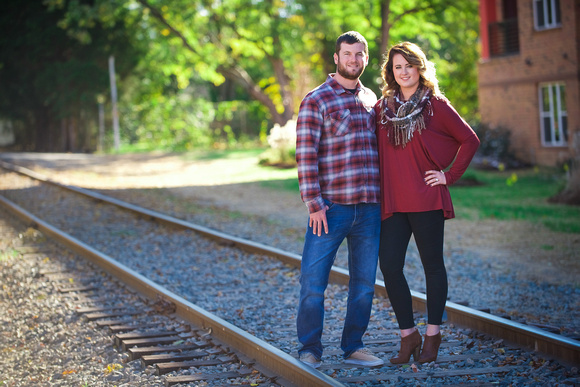 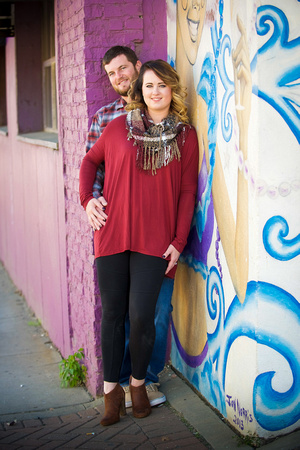 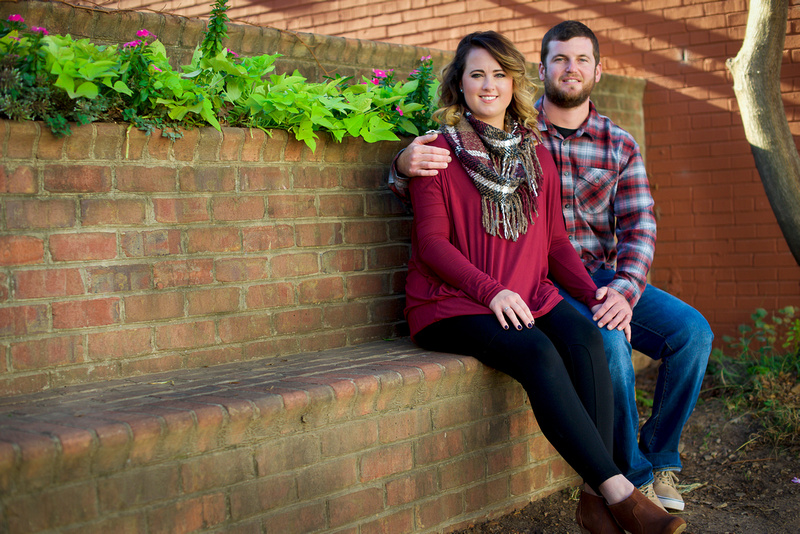 We were able to get Ava to take a couple more photos but she was ready to throw in towel. Even got a solo one!!! 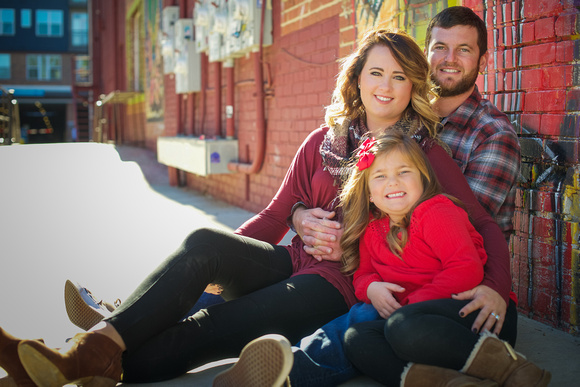 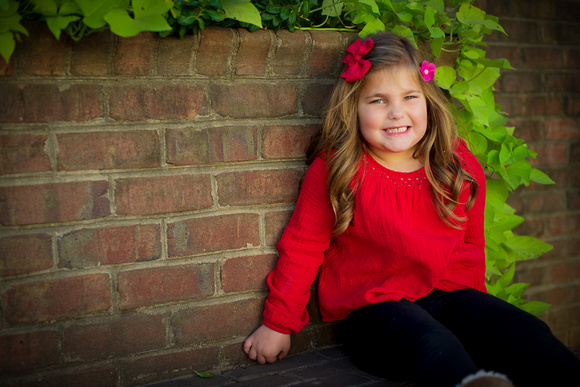 We finished our session with a couple images of Kala and James while Ava was happily entertaining herself. All in all is was a great day!! Literally the weather couldnt have been better. Spent time with great people walking around NODA. Spending time with people like this allows me to enjoy my job. When you can laugh and have casual coversation it makes for a great time. I was super excited to deliver this gallery to Kala and look forward to hopefully working with her again!!!!!