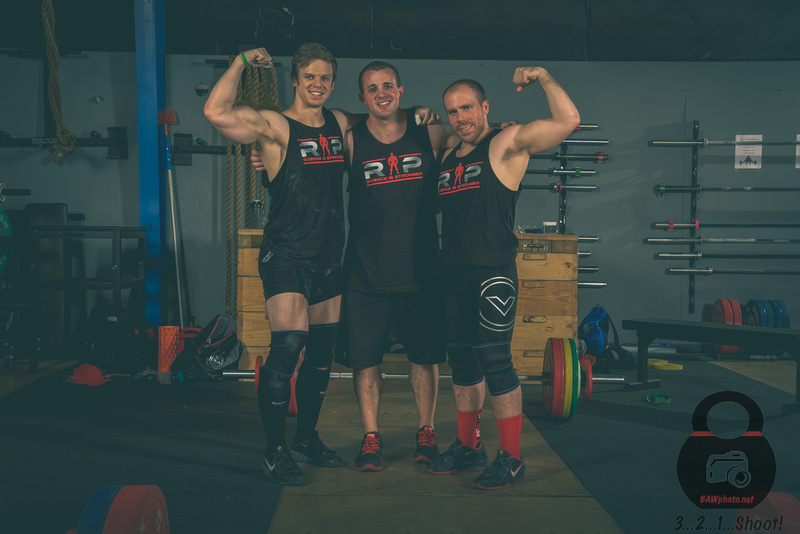 I was fortunate to work with Nick Shaw and Renaissance Periodization a while ago and the feedback was amazing. With this session I was going to be working with Travis Cooper and Matt Bergeron who are both competing at Nationals in Salt Lake City this weekend. Prior to the shoot I had met Matt, however I have only heard about Travis and also viewed his lifts on Instagram. I was already impressed by both of these athletes before the session even began. Many of you know I have shot at Crossfit Harrisburg numerous times but this time I wanted to shoot into a different section of the box. I thought it would give a better feel for Olympic lifting. I would also have the pleasure of shooting Nick Shaw putting in some work.

I decided to use both of my camera bodies so there would be no need to change out lenses. I put the 24-85mm on my D750 and the 85mm on my D600. Travis arrived first so we decided to go ahead and get started. He began his warm-up on snatch. All I can say is the guy is an ATHLETE!!!! I set up both strobes and also used my SB700 for some backlight. Love how these came out. 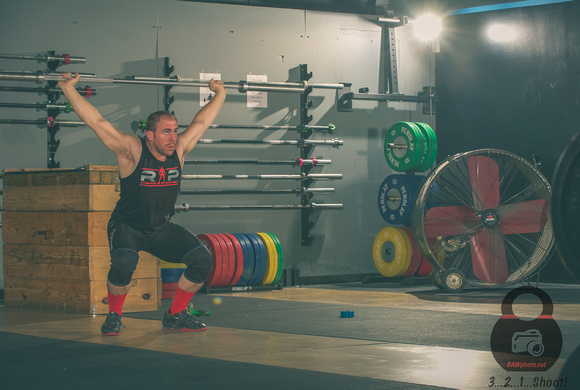 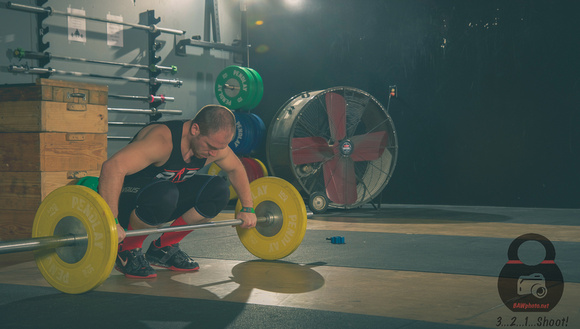 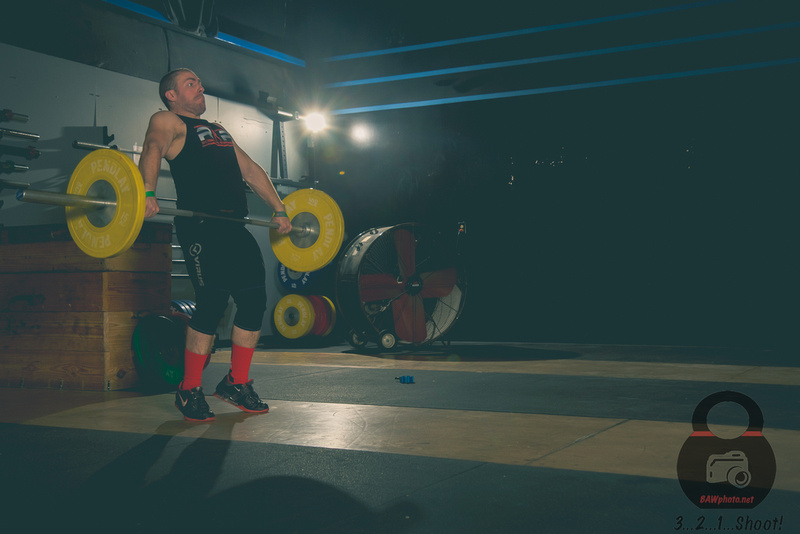 There were moments when I would capture Travis prepping for his next lift or simply taking a mental break. I feel like any competitor understands these moments. 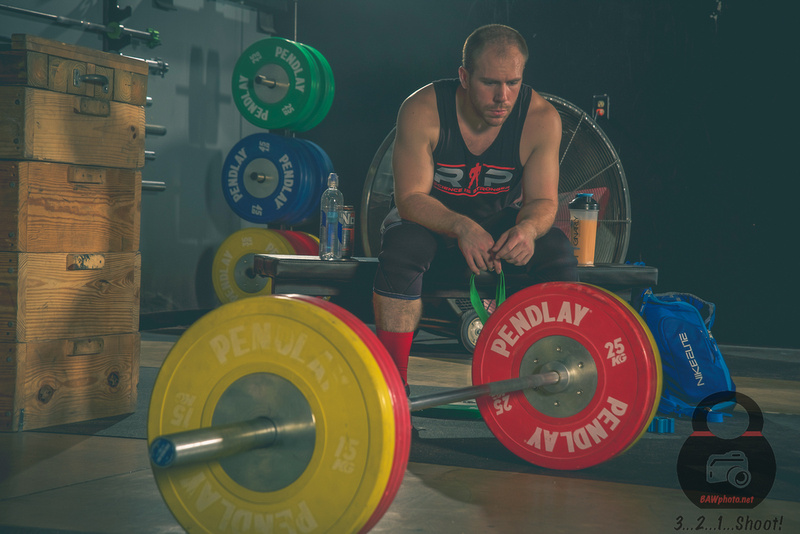 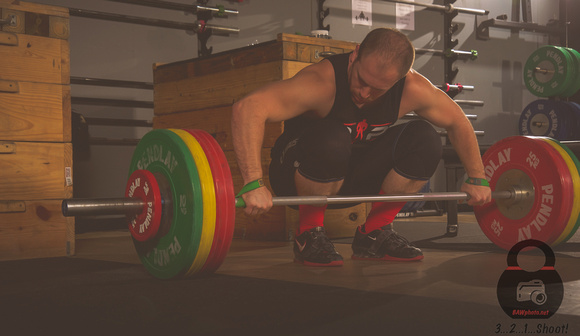 After a while Nick started to work on some squats. I didn't have any strobes set up for him, however my 85mm was able to capture Nick just fine. As I stated I have worked with Nick before so I kind of know what he is going to do while lifting. Not to mention I love taking photos at the squat rack. 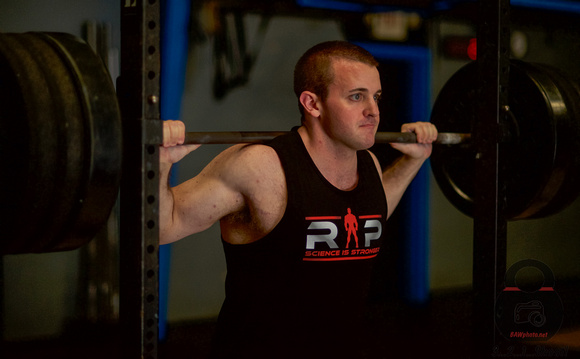 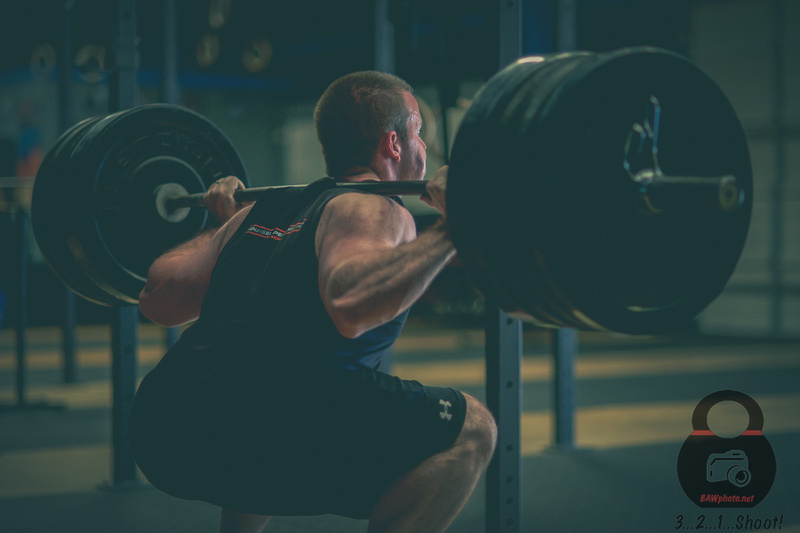 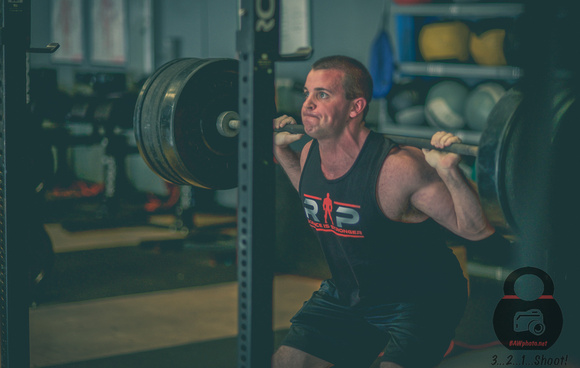 Around 30 min in Matt rolled in and we now had all lifters in the building. I positioned Matt in front of Trevor so I would be able to capture both athletes without having to shift my strobes around. Matt fell right into place and started getting warmed up. The first thing I noticed as I was watching these athletes is how FAST they were under the bar. Its so impressive to watch elite athletes work on their craft and prep for a huge competition. Another thing I learn from these athletes is how much work I need to put in myself!!!! 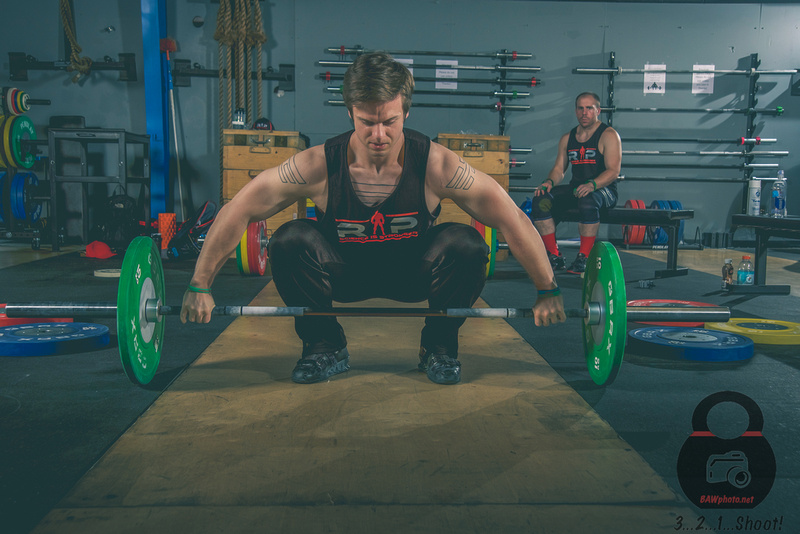 Next, I wanted to focus of capturing some pulls. I bumped my strobe power up a bit to make sure I was able to freeze both athletes in mid pull. Talk about aggressive!!!!! I went back and forth with my 85mm and 24-85 for these shots. Super pleased with all of them. 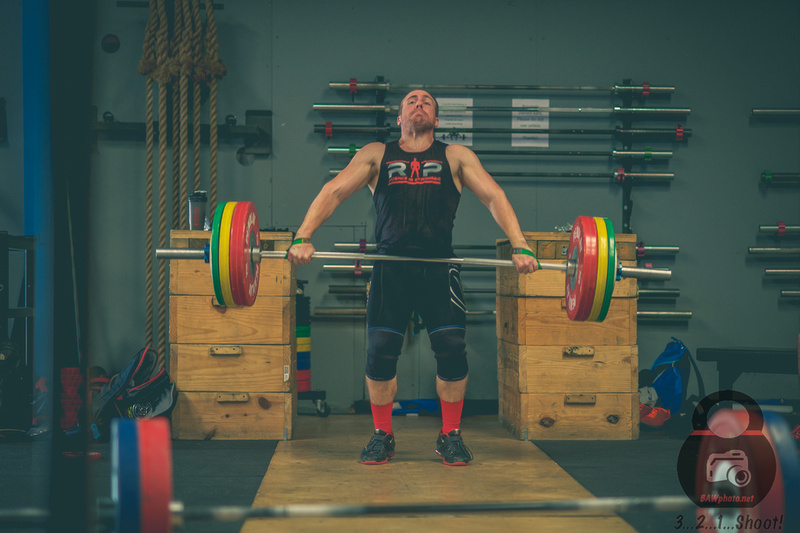 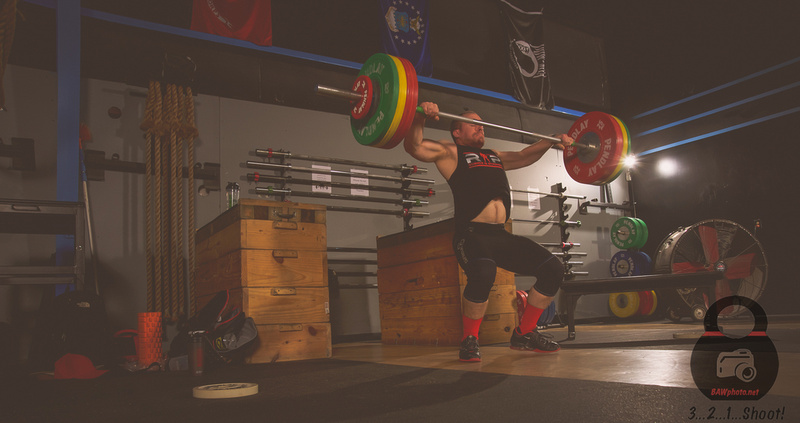 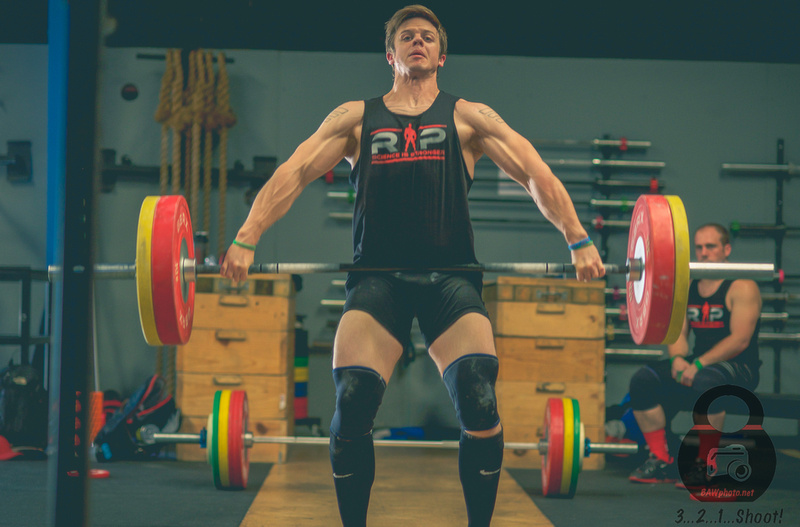 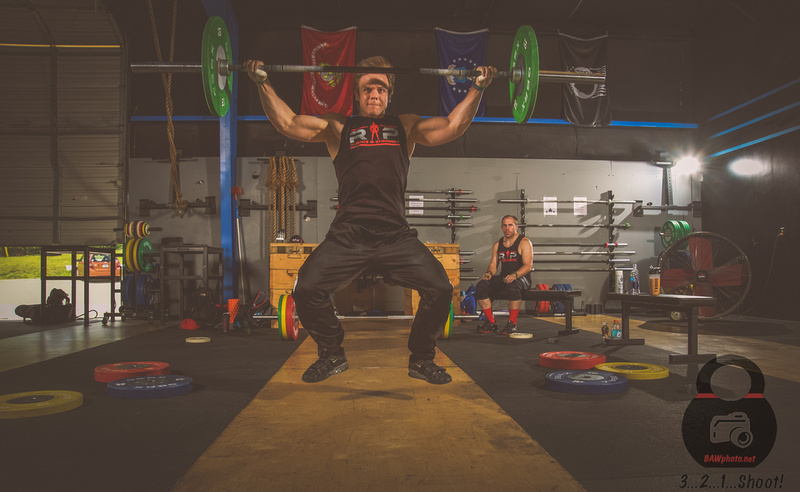 While Travis and Matt were talking a break I  looked over and was able to capture Nick putting in some walking lunge work! Not a fan of lunges by any means.... but the image is dope!!!! 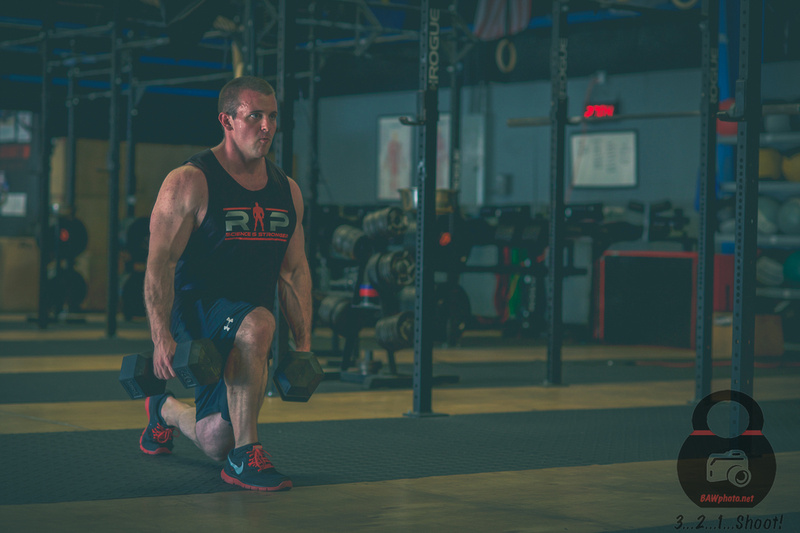 As time was wrapping up I started to focus on some candid shots of the fellas chatting and relaxing in between sets. I also wanted to make sure I got some of them with weight in the overhead position at the bottom of their squat. Talk about MOBILITY!!!!!! Check these out!!!! 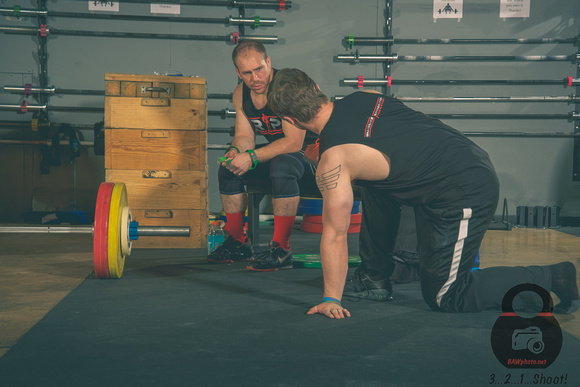 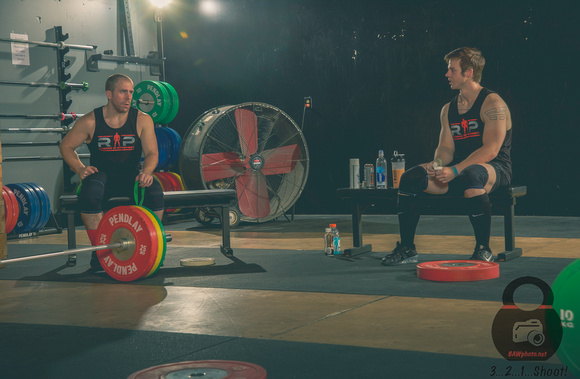 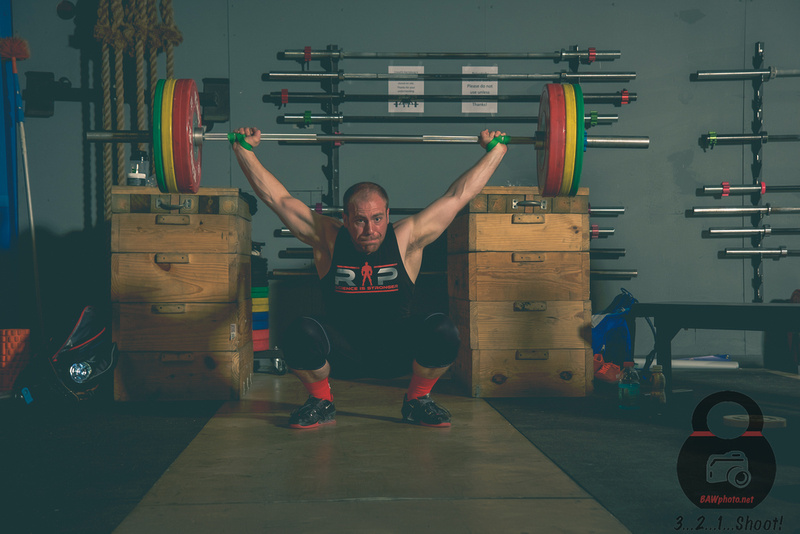 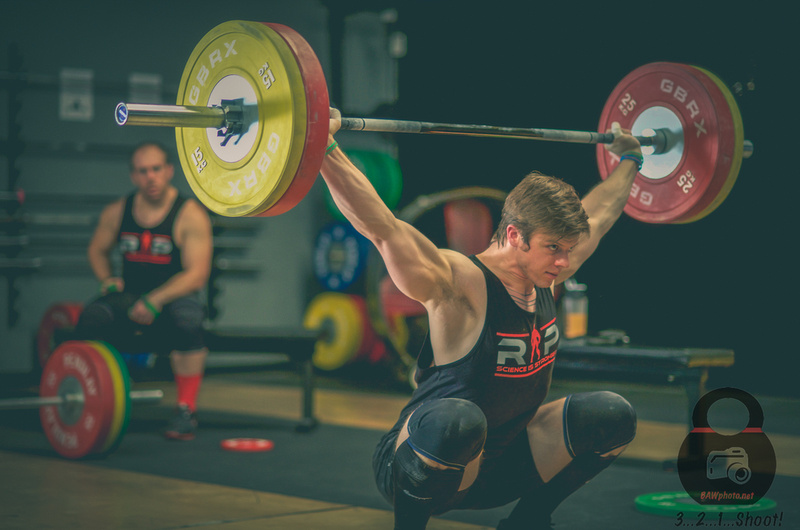 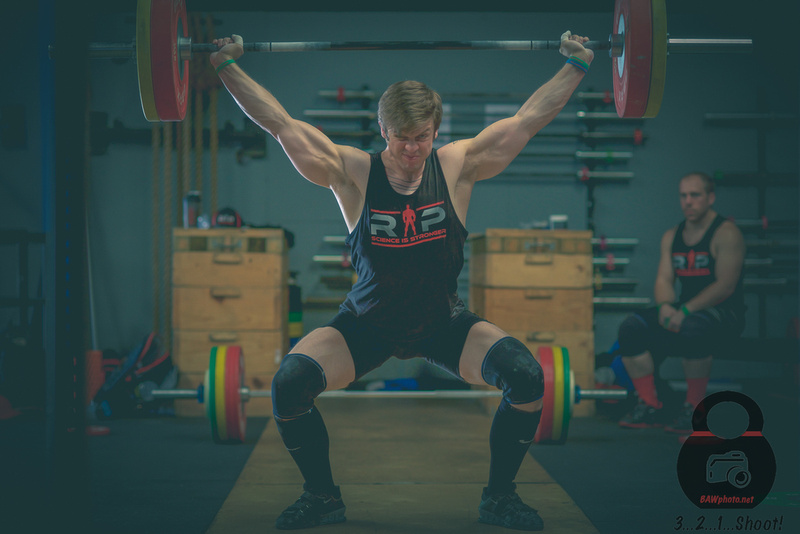 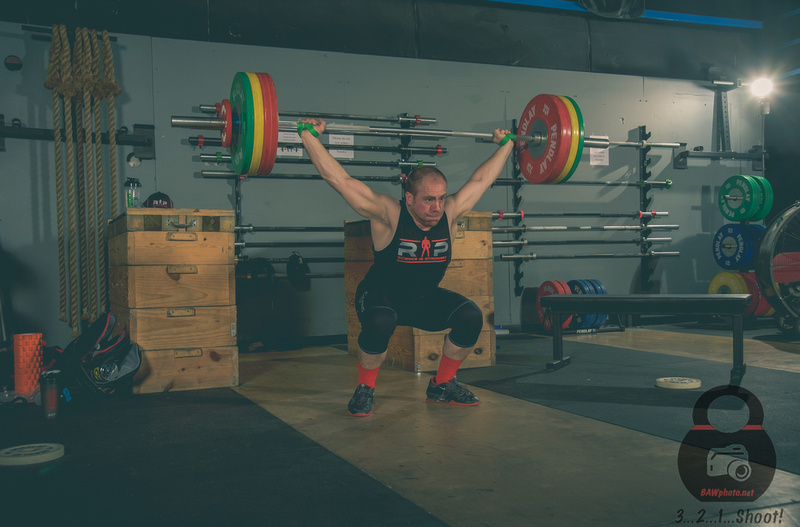 In closing I would like to say I have taken a few things from this session.

1. These athletes are LEGIT

2. Technique is key and you must be aggressive

3. RP is the TRUTH. If your looking for nutrition they are the way to go. "Science is Stronger"

As always I want to thank Renaissance Periodization for reaching out again and allowing me to work with these insane athletes. Would also like to thank Travis and Matt for being super comfortable in front of the camera and providing some great shots for me. I also want to thank Frankie of Crossfit Harrisburg for allowing me to use his facility anytime I need to. Finally, thanks to all my supporters who follow my work and took the time to read this blog. I will continue to shoot and present as much material as I can. Be blessed everyone!!!!